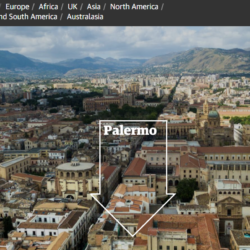 Palermo may have been named Italy’s capital of culture for 2018 but its credentials as a cultural melting pot stretch back almost a millennium. A memorial stone on display in the city’s Moorish Zisa palace records the interment of a noble lady’s remains in four languages: Latin, Greek, Arabic and Hebrew. Such openness to other Read more about Where to go on holiday in 2018 – In the hotlist there’s Palermo[…]

We use cookies to ensure that we give you the best experience on our website. If you continue to use this site we will assume that you are happy with it.Ok